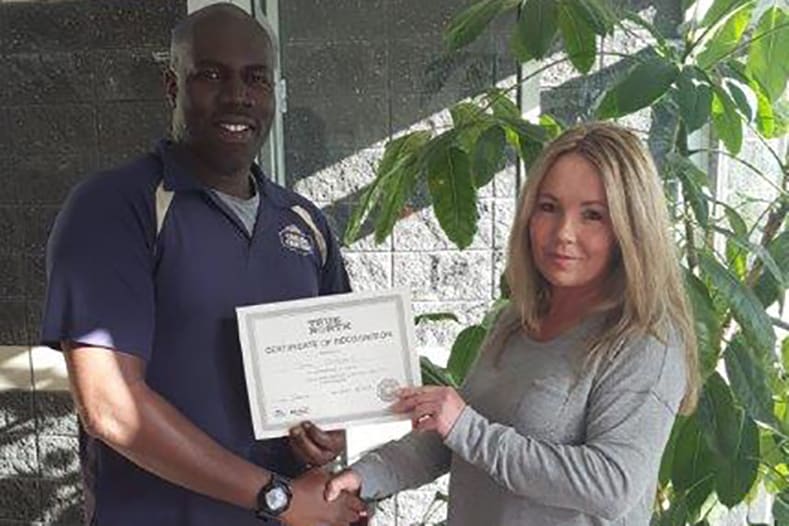 Désolé, cet article est seulement disponible en anglais. Mississauga, ON – Canada Cartage awarded company driver Sean Stevens of Edmonton, Alberta with a President’s Award for going above and beyond and showing compassion and bravery to another truck driver.

Sean was travelling on Highway 43 outside of DeBolt, Alberta when he came upon an accident. Another commercial truck driver had rolled his vehicle, and the driver was hanging in his seat, upside down, unable to free himself from the cab. It was a precarious situation but Sean managed to break the window, and helped pull the driver from the tractor to safety. He remained with the driver, who was in shock, until emergency responders arrived.

Sean has been with Canada Cartage for over seven years, and has been regularly nominated for company awards. “Sean is a very outgoing, professional driver who is genuinely concerned about his co-workers and other drivers on the road,” says Ted Goralchuk, Senior Manager of Operations in Edmonton, Alberta.

Canada Cartage would like to thank all employees who go above and beyond the call of duty on a daily basis. Their passion and dedication is unmatched.